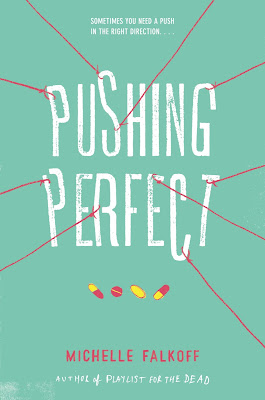 A girl’s quest for perfection results in dangerous consequences in this layered, suspenseful YA novel by the author of Playlist for the Dead.


How far would you go to be perfect?

Kara has the perfect life. She gets perfect grades. She never messes up. Until now. Because perfection is an illusion, and Kara has been struggling to maintain it for as long as she can remember. With so much pressure to succeed, it’s hard not to do whatever it takes.

But when Kara takes a new underground drug to help her ace the SATs, she doesn’t expect to get a text from a blocked sender, telling her to follow a set of mysterious instructions—or risk her dark secret getting out. Soon she finds herself part of a group of teens with secrets of their own, who are all under the thumb of the same anonymous texter. And if they don’t find a way to stop the blackmailer, their perfect futures will go up in flames.

This dark, emotionally resonant contemporary YA novel is perfect for fans of We Were Liars and The Secret History.

The Brain Trust was occupying its regular table when I came into the cafeteria with my brown bag lunch. As always, I had to walk by the drama table, with Isabel sat with her theater friends, and the swim team table, where Becca sat. They didn’t look up when I passed them by. They never did.
Mom had made me spinach salad with quinoa and feta and a lemony dressing. Brain food. She’d done a ton of research into my skin condition and had made me try a million different diets that, just like everything else, did nothing. She’d amped up her game in anticipation of the SAT exam. The test was coming up in a little over a week, and though I’d studied so much I’d worn my Princeton Review guide to shreds, I was terrified to actually take it.
Ever since everything went down with Becca and Isabel, I’d buried myself in schoolwork, spending all my time writing papers and studying for tests and making sure I did as well as I possibly could. It was all I had left. I was still hiding my face with makeup, but sometimes it felt like I was hiding my whole self, too. Or that I didn’t have much self left to hide. By my count, it had been over a year since I’d talked to anyone about anything except school. Even at home, all my parents talked about was how well I was doing, how proud they were of my hard work; they didn’t seem concerned that I was always alone. Sure, Mom had asked about Becca and Isabel at first, but I’d mumbled something about people changing in high school and she’d let it go. I’d convinced myself that everything would be different if I went to the right college.
But I could only do that if I killed it on the SAT.
I’d always been good at taking tests, but the SAT was different. I don’t know if it was just the pressure all by itself or if some secret part of me was convinced that standardized tests would somehow reveal how very not perfect I was, but I’d had a full-on panic attack when I took the PSAT—I hadn’t even finished it. I’d left the room before people could see me freaking out. I was so spooked by the thought of the SAT that I’d put it off until this year, rather than taking it as a junior like everyone else in my classes.
The Brain Trust was a group of kids I’d met in the Gifted and Talented Program back in grade school. We weren’t friends, exactly, but we had all our classes together, and we all shared the common goal of wanting to go to college on the East Coast. Harvard, specifically. Arthur Cho was a classical violinist whose parents didn’t want him to go to Juilliard because they thought it would limit his options; David Singer dreamed of being an entrepreneur like Mark Zuckerberg, even though I kept telling him what my parents told me, which was that Silicon Valley was full of Stanford grads who looked down on people from Harvard. Julia Jackson, my nemesis, was gunning for a particular science scholarship and wanted to go straight from undergrad to Harvard Med.
As for me, I just wanted to get as far away from Marbella as possible. I liked the idea of Harvard because it seemed like the kind of place I could start over, where everything might be different. No one would know me as Perfect Kara there; at a place like Harvard, it would be normal to love math and to care about academics more than anything else. It didn’t necessarily have to be Harvard; any good school out east would do, but my last name was Winter and I’d only ever seen snow in Tahoe. I wanted red and orange leaves in the fall, tulips in spring, baking heat in summer. I wanted change.
“The National Merit Semifinalist list came out today,” Julia said, her voice all sugary. “Didn’t see your name on there.” Julia and I had been in classes together since kindergarten and teachers had been pitting us against each other the whole time. Handwriting competitions in first grade, speed-reading contests in second, multiplication-table races in third—by then it had gotten old for me, but it never had for her. Now I was first in the class, but she was right on my heels, and I knew she’d made it her mission to pass me by.
“Nope,” I said, trying to keep my voice light. “I assume congratulations are in order?”
Julia nodded, as did the other two. Great. So I was the only one. “Well, I’m really happy for you guys.” And I was, but I could also feel the anxiety kicking in. It had become a familiar feeling—I’d get this wave of nausea, then a weird thumping in my head, and then my pulse would start to race. I’d feel cold but get sweaty, which was usually the point when I’d take a walk or something to calm myself down. They were sort of my friends, but they were also my competition, as my guidance counselor kept reminding me. The problem was that they each knew exactly what they wanted, and everything they did was in service of their goals. I had no idea what I wanted, other than knowing it had something to do with math, and that put me at a disadvantage. The only way to make myself stand out—the only way to have a real chance at a new life—was to be valedictorian at one of the most competitive public high schools in the country, which Marbella High was. And to nail the SATs.
Basically, I had to be perfect. 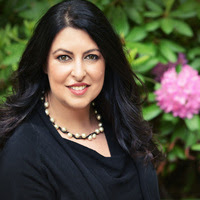 About the Author
Michelle Falkoff's fiction and reviews have been published in ZYZZYVA, DoubleTake and the Harvard Review, among other places. She is a graduate of the Iowa Writers' Workshop and currently serves as Director of Communication and Legal Reasoning at Northwestern University School of Law.