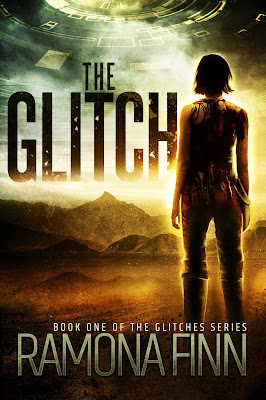 On the brink of extinction, being human means more than just surviving.

In Lib’s world, it’s dangerous to deviate from the norm. In fact, for someone who doesn’t live up to the Artificial Intelligence’s standards, it’s practically a death sentence. Lib learns this the hard way when she wakes up in a barren wasteland, with her memories erased, and only one thought lodged in her mind:

Lib is a Glitch—an imperfect human component of the utopian world called the Norm. Now she’s thrown out, Lib will be forced to team up with another Glitch, Raj, and the mysterious Rogue Wolf and his clan to survive. Wolf only cares about the survival of his group, but Raj thinks they can hack the A.I. and change the Norm for the better.

Now, Lib will have to decide which path to choose—whether to go with striking loner Raj or stay with Wolf and his tight-knit group. Her heart is drawn to both, but she’s carrying a deadly secret that could jeopardize them all. Will she be able to save her newfound family and stop the A.I. before it’s too late? 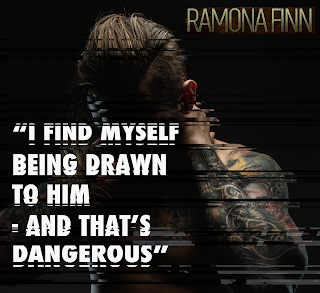 About the Author
Ramona Finn writes about courageous characters who fight to live in broken, dystopian worlds. She believes a person's true characters is often revealed in times of crisis, and there is no greater crisis than the worlds that she drops her characters into!

She grew up sitting cross-legged on her town's library floor--completely engrossed in science fiction books. It was always the futuristic world or the universe-on-the-brink-of-extinction plotlines that drew her in, but it was the brave characters who chose to fight back that kept her turning the pages.

Her books create deep, intricate worlds with bold characters determined to fight for their survival in their dystopian worlds--with a little help from their friends. And, of course, romance is never out of the question ;)