Why It Sucks When Your Therapist Character Sucks 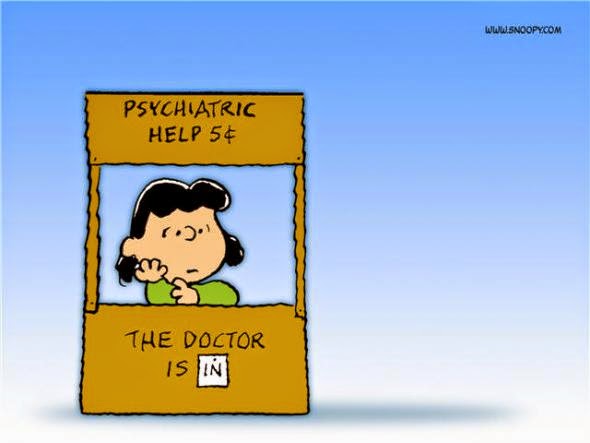 One of the awesomest things about the #WeNeedDiverseBooks movement is that people are writing more about mental illness for teens—both sick kids and sick parents. At a time when Mental Health Parity is still working itself out, it’s great that kids can at least go to a bookstore and find someone giving voice to their stories.

Many of the therapists in these stories are incompetent. I’m seeing it a lot in the works I’m editing but also in books I review, and even among my CPs who know I’m a full-time therapist in addition to being a writer. Either the therapist isn’t really listening, they’re hyper-judgmental, taking the parent’s side, or—and this boggles my mind to know end—they’re crossing boundaries and developing inappropriate dual relationships with their adolescent clients.

It’s not just that lousy therapists have been done to death for years now, though that’s also true. It’s the tropiest trope that ever troped when writing about mental health or addictions.

And, just to be clear, because maybe doesn’t hit home for people who aren’t involved in this field professionally—in real life if a therapist has a sexual relationship with a client they would lose their license. Forever. A license that takes over 1000 hours of unpaid work to earn. A license we pay hundreds of dollars annually in malpractice insurance to keep. And oddly enough during the multiple years we spend shelling out thousands of dollars on tuition, books, lodging, and highlighter pens, we’re actually educated in the fact that fucking people who trust you with their mental health is a bad idea.

But in addition to being not terribly reflective of the real world, when you write sucky therapists in books targeted at teens, you need to remember your intended audience.

When the therapist in your YA/NA novel sucks, it sends the message to teens that they can’t trust mental health professionals. For some kids, particularly those with pervasive mental illness, therapy and/or medication are the only way they are going to recover. Schizophrenia has no cure. Addiction is rarely surmountable without ongoing support from a professional, or sometimes a network of professionals. Untreated depression is one of the leading causes of death for people under the age of 25.

These are facts backed by research, guys.

And speaking of research, it never ceases to amaze me how writers will embark upon the journey of writing a clinician without ever having talked to one. I’m not suggesting that everyone who writes about mental illness needs to shell out two hundred bucks for an hour on the couch. (For the record, I have never had a couch in any of my offices.) But pick up the phone or send an email. Spend some time on a few websites aimed at psychiatrists, psychologists, therapists, or social workers. (Do you know the difference? If not, you shouldn’t be writing about them!)

Here’s the bottom line: Are there therapists that suck? Yup. I work with a couple. But there are also a lot of excellent, competent professional helpers who are saving lives every day. Substantially more in real life, I’d say, than there are in the literature.

And for the love of fuck, stop writing NA where your main character ends up marrying her therapist. We do not think of patients as romantic prospects. I promise. For us, dating a client is akin idea of marrying a cousin with no teeth.

Agree or disagree? Feel free to share your thoughts below.