Pub Date: Available now!!
ARC Received from Casey Shay Press in exchange for an honest review.
Dannie says: A gripping read, but I'm still looking for the ending!
"Our baby died on prom night, and nothing was ever the same again." 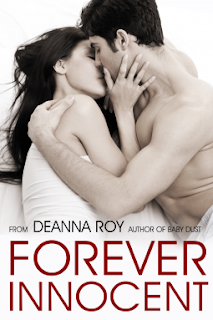 Corabelle doesn’t feel like any of the other college girls. On what should have been one of the happiest nights of her life, she and her boyfriend Gavin watched a nurse disconnect the ventilator from their seven-day-old baby. During the funeral two days later, Gavin walked out and never returned.Since then, her life has been a spiral of disasters. The only thing that has helped is her ability to black out whenever the pain gets too hard to bear, a habit that has become an addiction.When Gavin shows up in her astronomy class four years later, he is hell-bent on getting her back, insisting she forgive him. Corabelle knows she can’t resist the touch that fills the empty ache that has haunted her since he left. But if he learns what she has done, if he follows the trail back through her past, her secrets will destroy their love completely. And once again, she’ll lose the only person who always believed she was innocent.

The male MC. Though I wasn't crazy about his behavior all the time, I did find him relatable. He was a like not a love, though. I'm still not entirely sure I wanted the book to end the way it did where the romance is concerned. But I will leave it like that because spoilers suck. :)

The heartbreaking concept. As soon as I read the blurb on NetGalley I had to request it. That said, I didn't anticipate it being as triggering for me as it was. And the text rang true to the book blurb. I was hooked throughout. Read it in less than forty-eight hours, despite life and what not that required dealing with.

On a related note--the authenticity. As the mother of a NICU preemie I can personally vouch for the authenticity of those flashback scenes. Unfortunately it seems the author can vouch for her authenticity personally. You should know if you've lost a child or had a baby spend time in an incubator before they were strong enough to go home, that some of these scenes may be difficult to read. But the authenticity is there for sure.

WHAT I WANTED MORE OF

Denouement--I felt like we were a chapter or two short of a full story arc. Some of the major themes were left unfinished or partially finished. I felt, quite strongly, that story ended too soon.

A stronger female MC. There was a lot of rescuing going on, and not just by the male MC. I think in situations where the story opens with a situation that has clearly been traumatizing for the heroine, that aspect of the MC's character arc from hero blown sideways to hero as warrior is exceedingly important. I think more denouement would have offered the opportunity for the author to show more growth in the main character.

Stronger, more intentional character arcs overall. While I found the plot and pace very strong throughout, I didn't see a lot of character growth happening. Not only did some of the couple's glaringly obvious flaws go unaddressed, as people the author didn't show us a heck of a lot of growth from chapter one to the final page. Some of the minor characters vanished altogether without any tying up of their story lines.

Short story long, I was really engaged by this read, so much that I didn't want it to end. At least without us knowing the full story.

Have you picked up FOREVER INNOCENT yet? What did you think? GoodReads and Buy links are below!